Jasper here! This is part five in a twelve-part series, looking at the teams who will be playing in The Famine Game this fall!

Now these look like some serious competitors! I recognize Mike Selinker from his wildly successful Maze of Games Kickstarter (plus some other random stuff), inveterate crossword fiend Tyler Hinman, and mechanical puzzle maker Pavel Curtis. I'm sure their teammates Rachael Groynom, Dan Katz, and Scott Purdy are no slouches either!

Also, they appear to control a frog puppet, which always spells trouble.

ETA: Mike Selinker has dropped out, but Winston Breen creator Eric Berlin has taken his place!

Ellen Juhlin and Erik Stuart were part of Game Control for the Doctor When Game, which they talked about in SnoutCasts #119 and #114, respectively! Stephanie Geerlings and Rion Snow both came to Portland for WarTron in 2012. Joanna Bresee is apparently good at Sudoku, and she used to work for NASA! Last but not least, Brett Rogers has two of the funniest bits in this video, and he knows a lot about geocaching!

Next week: meet the teams from District Six!

SnoutCast #180: How the Goodwins Met Your Mother

We set out to do a show on subverting expectations--narrative and otherwise--but our conversation with TV writer Chris Harris took a slightly different direction and ended up (wait for it) subverting our expectations. WHAT.

(Colophon: this is what it sounds like when you record a telephone call using Google Voice.)

Read "Sportsball" at 512 Words or Fewer

Jasper here! This is part four in a twelve-part series, looking at the teams who will be playing in The Famine Game this fall!

District Four is near and dear to my heart, because its main industry is something cats love: fishing!

I had no idea Nancy Grace was so interested in The Famine Game, but okay, 'tevs, lady! You sure have a lot to say about stuff! And the Tributes' video certainly showed off their puzzling skills, but what's the deal with not showing your faces? Humans can be sooooo weird sometimes!

Wow! These humans are all dressed up and looking sharp! I also have it on good authority that several members of this team were involved in running the highly successful WARTRON: BOSTON event last month! (Keen-eyed observers will recognize this "Caesar Flickerman" as Boston's "Professor Goto.") You might have to turn up the volume on this video to hear all their dialogue, but the "wilderness survival" footage is priceless!

Next week: meet the teams from District Five!

We're very forward-thinking here at SnoutCast. Well, at least one of us is. More or less. It's okay.

In other news: The Doubleclicks continue to be awesome.

Friday Flash Fiction: "Where Do You See Yourself in Five Years?"

Read "Where Do You See Yourself in Five Years?" at 512 Words or Fewer

This week's story gets its title from what I believe may be one of the most hated interview questions of all time. Right up there with "describe your biggest weakness."

The title also signals a moment of retrospection for me: I've been cranking out these 512s for almost five years now--since October, 2008--and living off my savings in the meantime. I'm plausibly closer to building a career as a writer, but I haven't actually done it yet. And all that aside, whatever I end up doing to pay the bills, my ultimate goal is to never have to actually interview for a job ever again.

Jasper here! This is part three in a twelve-part series, looking at the teams who will be playing in The Famine Game this fall!

District Three specializes in technology, which these two teams certainly show off in spades, what with their fancy graphics and modern architecture!

These guys are bona fide Game veterans! They've helped run many events, including the Bay Area re-cast of the WHO Game, and some of them are starting to branch out even more! Bob has started a series of charity puzzle events which are also available online, and Rich is developing the ClueKeeper platform which anyone will be able to use for all kinds of hunts! I don't know what else Chris, Rico, Bill, and Mike have been up to, but I'm sure they are also fine upstanding young men!

Death From Above
Boston MA

I have no idea who these humans are, but they appear to have shot their video in some kind of classroom setting, so they must be smart! Not only that, but they also incorporated at least five different codes that I recognized: Braille, semaphore, Dancing Men, Pigpen, and Morse! And I have it on good authority that they survived WARTRON: BOSTON a few weeks ago! Let's hope that Pranjal, Teasha, Paul, James, Sam, and Henry don't turn out to be too clever for their own good!

Next week: meet the teams from District Four!

This week, we respond to your feedback from the last few weeks. Keep those cards and letters coming in, folks!

Music: instrumentals from "Code Monkey" and "I Feel Fantastic" by Jonathan Coulton

Read "Photorps and Emotions" at 512 Words or Fewer

This week's story title is a nod to the amazing new Doubleclicks album, Lasers and Feelings!

And yes, it is unabashed Star Trek fanfic. But hey, if Abrams and Scalzi can get paid for doing it, why the hell not?

Jasper here! This is part two in a twelve-part series, examining the teams with which the humans will be playing in The Famine Game this fall!

Supposedly District Two specializes in masonry, but I'm not sure how that applies to these two teams, since neither one appears to demonstrate any skill in bricklaying or stonework. Maybe we'll find out later? Or maybe they mean Freemasonry? It's a mystery!

It's another bunch of unfamiliar humans! That would make sense, since I haven't been to any of those easterly states since 2008! Cats don't really like traveling that much, I've found. And we don't really enjoy puzzles, either, but if we did, I'm sure I would find some of the bits in this video downright fascinating! Or something. Anyway, nice to meet you, Mark, Joe, Nathan, and Paul! Try not to die!

The Puzzle Underground
Portland OR

Hey, I know these humans! Ana, Rob, Vic, Matt, and Emily have all been to our house many times before! Kate hasn't visited yet, but I hear she plays a mean harp. And I understand they're all regulars at Puzzled Pint, either as "solvers" or "constructors!" (I just learned that terminology recently, from Greg Costikyan's book Uncertainty in Games!) This trip to the Capitol might be the farthest these guys have ever traveled for a weekend Game, but I'm sure it'll be lots of fun and totally worth their while!

Next week: meet the teams from District Three!

This week, we talk to Jan Chong and Larry Hosken, who recently ran the first-ever #terngame puzzle hunt for Twitter interns and employees!

Happy Fourth of July weekend, everyone! This story/scene has nothing to do with any of that. I hope you enjoy it anyway. 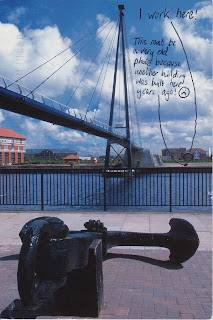 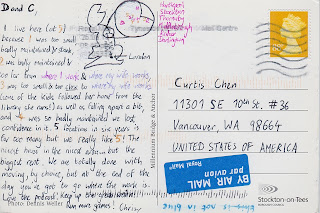 Another result from my 2010 birthday project, this one sent by a SnoutCast listener in England who is working his way through our past episodes. Thanks for listening, Chris!

Jasper here! I don't understand why the humans like these "puzzle hunt" Games so much, but apparently there's another one coming up in a few months! They got very excited two weeks ago when something called "The Reaping" happened and their "team" was named as a Tribute. Hooray! I guess?

Anyway, twenty-three other teams were selected to play in this Game at the end of September, and I got curious about who the humans were going to encounter on their trip, so I did a little research! (Cats are awesome at Internet research. It's a fact. Look it up.) I'll be sharing my results over the next several Wednesdays, one district (two teams) at a time!

Let's begin! This is part one in a twelve-part series!

This team comprises my humans (Curtis and DeeAnn) plus their friends Cary, Chris, Corby, Josh, Karl, and Lisa! Astute observers will notice that eight people is two more than Game Control's recommended maximum team size, but that's okay. The humans have fielded teams as large as nine people in the past, and lived to tell the tale! I believe this time they've reserved a fifteen-passenger van, which should be quite (wait for it) luxurious!

But wait, there's MOAR: ten and a half minutes of outtakes, if you can stand it!

I have never met these humans before, but if I'm not mistaken, they are all female! That makes this only the second all-female Game team I've seen. It's about time! And I love how they own their womanliness in both word and wardrobe--calling themselves "The Hunger Dames," making their slogan "may the broads be ever in your favor," and wearing those stylish V-neck shirts! Knock 'em dead, Amy, Annie, Maggie, Maya, and Summer! But not literally. My humans need to come home and feed me! Cats get hungry too, you know!

Next week: meet the teams from District Two!

In which we look back on some significant-to-us (and possibly relevant-to-your-interests) events from the first half of 2013.