Now hear this: the first part of our extended conversation with Gamemakers Todd Etter, Phil Dasler, Natalie Parisi, and Sam Freund from The Famine Game!

In Which I am a Professional Actor IN THE FUTURE

Shown above: the expurgated version of my paycheck from one day of background work on the upcoming Christmas episode of Grimm. Minimum wage, but not bad considering I sat around killing zombies for a few hours and then literally walked up and down a hallway half a dozen times.

After I received the check, I deposited it to my bank using their mobile app--snap two photos, confirm amount, and done. It kind of blows my mind that an advanced technology I imagined back in high school is actually commonplace now.

If you're anywhere near Portland, Oregon (the science fiction capital of America!) during the second weekend of November, stop by OryCon 35 and have some fun--not necessarily involving steampunk cosplay, though I'm sure there will be plenty of that.


As seen on Portlandia. Sort of. Not really.

As usual, my major activity is running the Open Read and Critique (ORC) sessions: two on Friday, two on Saturday. The second Friday session is at 8PM, to better accommodate volunteers and panelists who are too busy earlier in the day. Sign up each morning (or the night before) to get some quick feedback on your writing!

Here's where you'll find me at the con:

11:00am-12:00pm
Social media, time suck or revolution
Idaho
Social media played a major roll in the Arab Spring, oppressive
governments have turned off the internet. What is next?
(panel with Rob Wynne and Jason Andrew)

I'll be tweeting from the con "officially" as @curtiscchen and just-for-fun as @sparCKL. Double your pleasure by following both accounts!

In which the Pacific Northwest phenomenon debuts in Stockton-on-Tees! Thanks to loyal listener Chris in England for his continued support and enthusiasm. :)

Music: instrumentals from "Code Monkey" and "Baby Got Back" by Jonathan Coulton 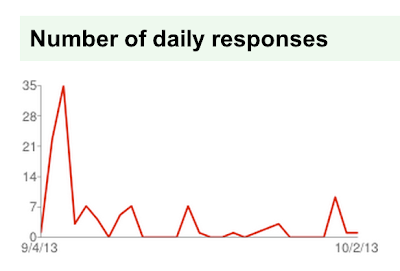 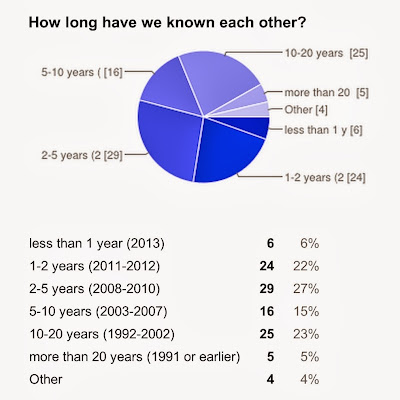 This week, we talk to Josh Ward and Corby Anderson, two of the puzzle creators for my "Double Secret" surprise birthday puzzle hunt!

Music: instrumentals from "Code Monkey" and "First of May" by Jonathan Coulton

...by the results of this online quiz I just took. Procrastination!

Your results:
You are Jean-Luc Picard

Click here to take the "Which Star Trek character am I?" quiz...

Okay, it's forty-eight--minutes long, that is, if you want to be pedantic. But come on, my wife and some of my best friends made a birthday puzzle hunt just for me. I think I'm allowed to gush for a while.

THANK YOU again to everyone who helped with "The Double Secret Project!" I love you all forever. (Scroll down for the inevitable slideshow.)

And here's the slideshow (photos by Britta and Chris, certain terrible music choices by Richard):

Music: instrumentals from "Code Monkey" and "I Feel Fantastic" by Jonathan Coulton; "The Nerdy Birthday Song" by The Doubleclicks

Eventually, somebody's going to figure out that these recorded messages are going to the wrong place.

Feel free to post your English translations in the comments. :)

The last ten days have been full of so much awesome, I can hardly believe it. I'm forty years old now, and I am incredibly happy and grateful to know such wonderful people in the world.

I'll write more later, but meanwhile, check out this slideshow from my surprise puzzle hunt and early birthday party (photos by Britta):

And a few of my random photos from The Famine Game:

Like the song says: life begins at forty. My adventures are just beginning.

Here's the second half of our conversation with Rich Bragg, Dan Egnor, Wei-Hwa Huang, and Jonathan McCue about their experience playing in the Ravenchase 2013 Great America Race. (You can read their daily blog posts, including photos and puzzle details, at "Bloody, Smoking, and Burning.")

ALSO: Would you like to solve Curtis' 40th birthday puzzle? Or rate this podcast? C'mon, it'll be fun! Thanks in advance. :)