Two Zero One Three Out

DeeAnn, Jasper, Tye, and I hope you're all enjoying your winter holidays! Here's the news from Apartment de Snout, where the women are strong, the men are still writing, and all the cats are above average:

I'm Made Out of Meat

That title is, of course, an homage to Terry Bisson's classic short story "They're Made Out of Meat." If you haven't read it, click over to his site and do it now. It's less than a thousand words; shouldn't take more than ten minutes. I'll wait.

I am made out of meat. The "I" writing these words now is a transient thing, a momentary spark of consciousness supported and sustained by a fleshy engine. There is no mind without brain, and the brain does not live without a heart and lungs to feed it oxygen and sense organs to provide stimuli for contemplation. We are all made out of meat, and we can never escape our corporeal prisons.

Sometimes I wonder if our sentience is some weird side effect of evolution, a freakish emergent phenomenon caused by the complexity of being such large, multicellular organisms. Because (per Stephen Hawking) it is not clear that intelligence has any long-term survival value, and being smart enough to wonder about cosmology doesn't mean we can do a damn thing about it.

I suppose that's where this entire train of thought starts, decades ago: with a small boy lying in his bed at night, staring into the darkness--literally--and also figuratively gazing into the abyss of his own inevitable death.

I don't remember precisely how old I was when I first grasped the enormous fact of capital-D Death. That it would take us all, sooner or later; that each of us would cease to exist forever after that--that even the universe itself will, someday, end. I think it took me a little while to really process that, to understand it completely, and when I did, it totally freaked me the fuck out.

To be clear: I wouldn't say I've ever feared death, precisely. More like I still haven't made my peace with the Reaper. And especially when I was younger, the knowledge that I would someday stop just felt like a terrible injustice, like a punishment I didn't deserve. I liked being alive, and why did that have to end someday? It all seemed so unfair.

Yeah, yeah, I know. Get a helmet, kid. And I don't know what I would tell my younger self, if I had the hypothetical opportunity now. Make the most of your time? Don't waste it on things that don't make you happy? I'm not sure younger-me would give much weight to those platitudes, especially in the middle of a nighttime panic attack. I suspect facing death with dignity is one thing we all have to learn the hard way.

Don't worry, this is not something I've kept bottled up for forty years; I have talked about this, with my parents when I was younger, with my wife more recently. They all made reasonable counter-arguments, including possible future prospects for prolonging human lifespans (giving me more time to come to terms with my own mortality, I suppose) and the fact that I simply won't even know when I'm dead, and will therefore be unable to feel anything at all about it, one way or another. What's the point of worrying about something you can't change?

And they're right, of course. It's more productive to worry about things I can affect, like how happy I am with the work I'm doing right now, maintaining my health for the next fifty-plus years of my life, et cetera. But I can't help worrying about more than that. I think about what I'm going to leave behind, and I wonder what people will remember of me, and for how long after I'm gone.

I suppose that's ego, wanting some recognition that extends beyond the grave and beyond my immediate family. But it's also wanting to make a difference in the world, in some miniscule, brief manner--to be a part of the world, to feel connected to the seven billion other lives on this tiny, shining planet.

Even if all we are is meat, at least we can all be meaty together.

As you may have heard, our Tuesday podcast is going on hiatus for the holidays, and returning next year on an irregular monthly schedule. And I also ended my Friday flash fiction project back in August, so... I guess it's time for a new weekly feature on this blog.

I'm calling it "The 'I' in MEAT," but don't worry, I'll never mention that again. (Except in the label/tag/whatever the kids are calling that meta-data now. Think of it as an internal code name.) The point is, I'm going to write about something I care about, and every post title will begin with "I." For example: "I Have a Blog Now HO HO HO" (not an actual title).

If that becomes too obnoxious at any point, I'm sure y'all will let me know, and I'll figure out something else. :)

At the moment, I'm targeting Wednesdays, which means that yes, the first two posts will appear on Christmas Day and New Year's Day. You're welcome.

In which we reveal our podcasting plans for 2014, and look back on some great interviews from our first four years.

Ten Books That Have Touched Me

In no particular order. Also note that this is not an exhaustive list; these are just the ones which came to mind today. I've done my best to explain each selection. As always, your mileage may vary, and yes, those are mostly affiliate links below. Mostly.
Your turn, friend: what books have made a difference in your life?

In which we recount our excellent "room escape" experience at Puzzle Break Seattle, and respond to some more listener mail.

Important Data Visualization of the Day

Because I know you've been wondering: 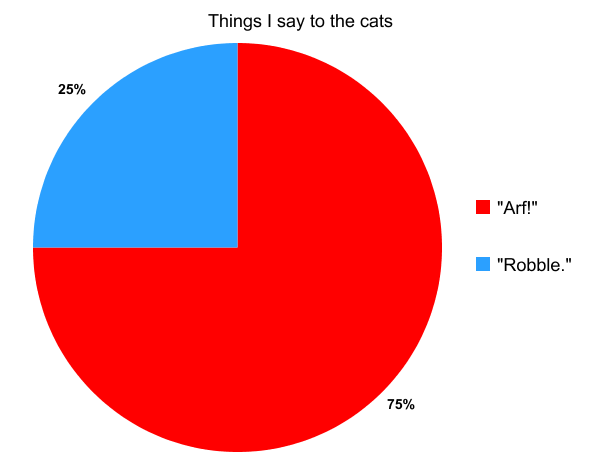 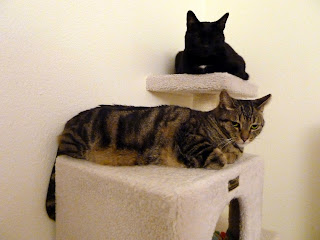 SnoutCast #198: Listener Mail - Should We Stay or Should We Go?

Thanks to Jeff, Chris, Greg, and Steve for responding to last week's call for feedback! Now how about some ladies speak up? We know you're out there. ;)

Yet Another Honorable Mention

It's my second from Writers of the Future, but who's counting? 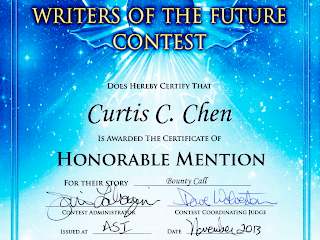 "Bounty Call" (based on this 512) has been submitted to another market.

Incidentally, the story for which I received my first WOTF Honorable Mention--in September, 2011--has just been accepted for publication. See details on my LiveJournal, if we're LJ friendz.

In which we do not tell knock-knock jokes. Not a single one. Nope. Zero.


It's been four years! Should we continue podcasting? E-mail podcast@snout.org or post a comment at www.snout.org/podcast to tell us what you think!

Music: instrumentals from "Code Monkey" and "I Feel Fantastic" by Jonathan Coulton

This week, we chat with Nikolai Lokteff, one of the masterminds behind Mastermind Treasure Hunts!

I'm one of the speakers at tonight's Ignite Portland 12, "a fun, fast-paced, evening of presentations where speakers gather to share their knowledge and passion."

Here's a sneak preview of my first slide: 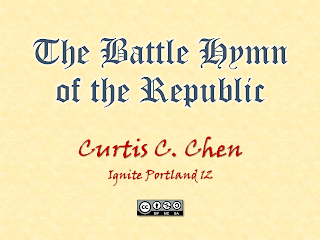 And yes, it will be something completely different from my previous talks on puzzle hunts and cat feeding robots. Tune in to the livestream at igniteportland.org to watch me blather about words and music!

Gamemakers Todd Etter, Phil Dasler, Natalie Parisi, and Sam Freund tell us about Lincoln Logs and more as we conclude our extended conversation on The Famine Game!

What did Gamemakers Todd Etter, Phil Dasler, Natalie Parisi, and Sam Freund decide to leave out of The Famine Game's Friday night activities? Find out as we continue our conversation!

Now hear this: the first part of our extended conversation with Gamemakers Todd Etter, Phil Dasler, Natalie Parisi, and Sam Freund from The Famine Game!

In Which I am a Professional Actor IN THE FUTURE

Shown above: the expurgated version of my paycheck from one day of background work on the upcoming Christmas episode of Grimm. Minimum wage, but not bad considering I sat around killing zombies for a few hours and then literally walked up and down a hallway half a dozen times.

After I received the check, I deposited it to my bank using their mobile app--snap two photos, confirm amount, and done. It kind of blows my mind that an advanced technology I imagined back in high school is actually commonplace now.

If you're anywhere near Portland, Oregon (the science fiction capital of America!) during the second weekend of November, stop by OryCon 35 and have some fun--not necessarily involving steampunk cosplay, though I'm sure there will be plenty of that.


As seen on Portlandia. Sort of. Not really.

As usual, my major activity is running the Open Read and Critique (ORC) sessions: two on Friday, two on Saturday. The second Friday session is at 8PM, to better accommodate volunteers and panelists who are too busy earlier in the day. Sign up each morning (or the night before) to get some quick feedback on your writing!

Here's where you'll find me at the con:

11:00am-12:00pm
Social media, time suck or revolution
Idaho
Social media played a major roll in the Arab Spring, oppressive
governments have turned off the internet. What is next?
(panel with Rob Wynne and Jason Andrew)

I'll be tweeting from the con "officially" as @curtiscchen and just-for-fun as @sparCKL. Double your pleasure by following both accounts!

In which the Pacific Northwest phenomenon debuts in Stockton-on-Tees! Thanks to loyal listener Chris in England for his continued support and enthusiasm. :)

Music: instrumentals from "Code Monkey" and "Baby Got Back" by Jonathan Coulton