Yet another Write-a-Thon sponsor request: two of the characters in this week's story are named after our cats (one deceased, one living).

The setting is actually an idea I had a while ago--from a dream, natch--and may yet become a series of YA "junior detective" stories. We'll see.

Finally, I realize the subject is not actually science fiction or fantasy, but I'm giving myself a pass because I included FUTURISTIC HYPERLINKS in the text.

Read "Bayla Changes Her Tune" at 512 Words or Fewer

This Saturday is my 38th birthday. I'd like to celebrate by doing another crazy stunt like last year's "37 Postcards" project, but am currently drawing a blank on what that might be.

So I'm asking for your help. Please e-mail me your ideas and suggestions for something fun and interesting. (If you don't have my address, just comment on this blog post.)

I've done the postcards thing, as mentioned above; and puzzles might be fun, but seem a bit obvious. Ideally, I want something that helps people express themselves with art they might not otherwise create.

I'll decide on something before Halloween and make an announcement both here and on SnoutCast.

I am an Honorably Mentioned Writer 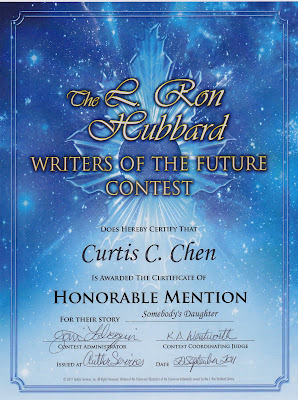 (For those keeping track, this was Post-VPXII Rejection #30.)

Checking in with Greg Filpus, Kim Vlcek, Matt VanderKolk, and Nick Fang from MSIG-GC. (Apologies for the audio stutters in the first few minutes; Skype eventually got better.)

ALSO: Saturday's my birthday! I'd like to do another crazy stunt like last year's "37 Postcards" project, but am currently drawing a blank. Please feel free to e-mail me your ideas and suggestions. I'll decide before the end of the month and announce on the podcast! (To be honest, I'm mostly just curious whether anyone actually reads these show notes.)

Is it just me?

Or do you also sometimes have trouble telling these two white boys apart? 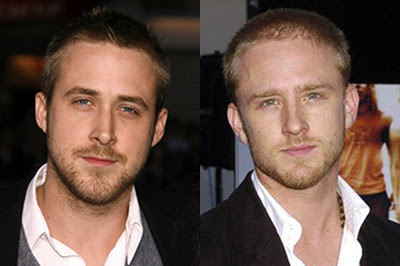 (I can usually tell by looking for the lazy eye or at the head shape.)

This week's story includes a character name suggestion from Write-a-Thon sponsor Matt, and was inspired in part by (in no particular order) Freakonomics, Exegesis, WarGames, Google Code Jam, Asimov's robot stories, and The Consumerist.

SnoutCast #83: "On the Playing of Roles"

In which Curtis does not know the definition of "pseudo-", and DeeAnn imparts this and other wisdom as well.

Why I Can't Take IMMORTALS Seriously

Among other things, it's because every time I see the trailer, with Mickey Rourke as "King Hyperion" in that ridiculous helmet, I see Max from Where the Wild Things are: 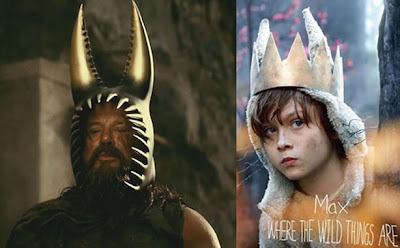 And really, as we know, all that most would-be despots want is just a hug, a warm glass of milk, and a bedtime story. Further Freudian analysis is left as an exercise for the reader.

A Note from Our Wireless Phone Company

Either they have inadvertently exposed their involvement in the global Zionist mega-conspiracy, or somebody used the wrong HTML code for their ordered list elements:

One of the above explanations may be more likely than the other.

Email ThisBlogThis!Share to TwitterShare to FacebookShare to Pinterest
Labels: geeky

The Name of the Beast (and Friday Flash Fiction)

Last Sunday, as I was writing this week's 512 story, I casually mentioned on Twitter that I was "researching the difference between the Devil, Satan, and Lucifer." Lo and behold, @GrammarGirl saw that and said she would be interested in my findings. So here they are, in brief:

In a modern Judeo-Christian context, there's really no practical difference between "the Devil," "Satan," and "Lucifer." (Note that the capital "D" is important in the first term; lowercase-"d" devils can refer to a number of things, from vacuum cleaners to zombies.) The interesting thing is how those terms originated, and how they came to be conflated.

Let's start with Lucifer. It comes from the Latin LUCEM FERRE, which means, literally, "light-bringer"--the term originally referred to the planet Venus ("morning star"), which is often visible at dawn. It wasn't until later that the name Lucifer became synonymous with a supernatural being who presides over Hell and tempts humanity to commit sin. (In fact, in Revelation 22:16, Jesus refers to himself as "the morning star"--though he uses different words, not "Lucifer.") John Milton popularized the notion in Paradise Lost when he made "Satan" and "Lucifer" the same character, drawing a distinction between the wayward angel's post- and pre-fall-from-Heaven names.

(Aside: DC Comics, by way of Vertigo's Sandman series, gave him a full name--"Lucifer Morningstar"--which is a bit redundant, but I like the implication that he has a family, and maybe relatives he doesn't like so much. More on that below.)

Satan, on the other hand, derives from the Hebrew term ha-Satan, traditionally translated as "the adversary" and with the definite article prefix indicating a title rather than a personal name. I'm not a Biblical scholar (I rarely touch the stuff), but as far as I can tell, the earliest Greek translation of the good book turned satan into the Greek word diabolos ("slanderer") in some places but not others, possibly causing confusion about whether the Hebrew word was a proper name. Many mythological creatures and persons are called by multiple names anyway, so it's not a stretch to think that readers just went with it.

Finally, the word Devil comes--as you might imagine--directly from the Greek diabolos, but depending on who you ask, the term may refer to either a demon or a fallen angel or simply a symbolic figure representing evil and/or temptation. It's the most generic of the three terms presented here, always used as a title rather than a personal name; that probably explains why it's the most versatile and most often abused.

In my flash fiction piece "One of Our Angels is Missing," I go with the modern interpretation and use all three of these terms interchangeably. I have a little fun with the name Lucifer, which of course abbreviates to "Lou," and introduce the Devil's twin brother as my protagonist. (No, this is not based on any existing mythology I know of; I enjoy making stuff up.) Stanley Morningstar may be a bit slow, but he's basically a nice guy. Well, as nice as you can be when you live in Hell...

In which we discuss at least four tabletop games. Underpromise and overdeliver! (All game titles below link to BoardGameGeek.com .)

I have never actually used FaceTime on my iPad to talk with anybody. 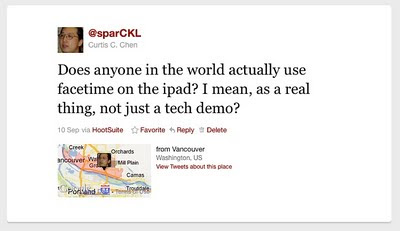 But clearly, I'm not as social as some of my Twitter friends (and their families): 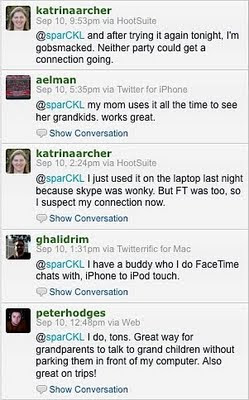 And now, a follow-up to my earlier story "To Cruise Or Not To Cruise," which was commissioned by one of my very generous Write-a-Thon sponsors in hopes of convincing his girlfriend to go on a particular cruise with him. She, in turn, commissioned me to write this story as a response (that being YES). They are just too cute for words, aren't they?

How I Spent My Labor Day

DeeAnn and I had some tough decisions to make yesterday. I wanted to make a day of it at the movies; she got to pick where we'd see the second show and, based on that, which show would be the third.

I know, it's a little complicated. That's why I made a flowchart. (Also because I'm a nerd.) Our final, chosen path is highlighted in red: 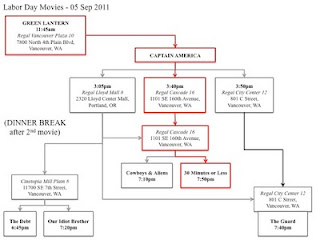 I'd still like to see all the movies shown on that chart at some point, but we'll probably wait for DVD (or Netflix streaming) for most of them. Going out to a movie just seems to get more expensive and less convenient all the time.

In which we once again recruit Rich Bragg to answer a listener query.

This week's story is based on an idea suggested by Write-a-Thon sponsor Larry and set in the same world as "Fools for Love," and both DeeAnn and Adam liked it. So that's all good.

Read "Lightning in a Bottle" at 512 Words or Fewer