Yet another talk with Doctor When Game Control members--this time, it's Ellen Juhlin, sound designer, and Dan Kurtz, who played the eponymous scientist!

UPDATE (5/23 18.26 PT): Data center move rescheduled to "next week on some day Tuesday [5/29] onwards," and likely to be after business hours. Precise details to come later.

My primary web host is moving data centers this weekend--probably Friday, possibly Thursday--so the main snout.org web site will be offline for some time, and e-mail delivery to all addresses in the snout.org domain will be delayed.

More information and updates at rahulstatus.

In which we talk to Bob Schaffer about BANG, DASH, WHO, and also things that aren't acronyms. (NOTE: We pre-recorded this interview, so he's not actually getting married "a month from today." Tough luck, wedding crashers!)

Music: instrumentals from "Code Monkey" and "I'm Your Moon" by Jonathan Coulton

You know, it's been more than a year since I wrote this, and it still plays, if I do say so myself.

GAMERS! ARE YOU READY FOR SOME WARTRON?

The Thrill of Defeat

Two, count 'em, two rejections received today! That makes sixty-four total since the end of 2008. (I'm counting.) Which is, really, not a lot. I should be writing a lot more, and I should be submitting a lot more. In the words of Middle-Aged Man, "I'm working on it!"

I'd be lying if I said it wasn't discouraging sometimes. But I knew this was going to take a while. I'm still improving as a writer, and I'm still figuring out the whole business side of the writing life. I'm hoping it won't take me ten years, but I expect it'll be at least a few more before I start selling to pro markets.

In the meantime, I won't stop believing.

This photo from last night embodies many of the things I love about Portland, Oregon.


We had all gathered at the Funhouse Lounge to see The Unscriptables perform a Star Trek: The Next Generation improv show. I wasn't sure how crowded the place might get (being listed on GeekPortland is usually a huge nerd magnet), so I proposed we all meet at 5pm, when the venue opened, and enjoy happy hour while playing some games.


It's not easy to find a game that can handle fifteen players, but Cards Against Humanity worked well. It was sometimes hard to hear across our four-tables-pushed-together, especially over the lounge music--but the woman working the bar asked us for requests (since we were the only people there for quite a while), so at least we were talking over songs we mostly liked.*


After we finished our supergame, our nerd party split up into smaller groups. Some of the menfolk dove into Lords of Waterdeep, DeeAnn and I introduced Aubrey to Zombie Dice and Bananagrams, and others just hung out and chatted. All enjoyed happy hour food and liquid refreshment.

That would have been a great night right there. But then the Unscriptables show started, and it did not disappoint. If you're anywhere near Portland for the next two weeks, and you have ever liked TNG, go. Closing night (May 26th, Memorial Day weekend) is the Borg episode, and if we weren't so busy with WarTron I'd totally be there.


I'll be honest: When we moved to the Portland area in 2008, I was a bit apprehensive. I mean, we knew it was going to rain a lot (not to mention that first winter--yikes!), we'd been swindled out of $15 during our very first visit years ago (Thanksgiving weekend, no less--what is wrong with people?), and there were just a lot of unknowns.

But now that we've been here almost four years, I can say without a doubt that I'm very happy in our new home. We've made many new friends, started new traditions, and we don't plan on leaving any time soon. We love Portland!

Even if you do run into the occasional creepy clown room.


* It turns out that a Pandora station set to "Jonathan Coulton" plays a mostly decent mix of JoCo, TMBG, Weird Al Yankovic, Barenaked Ladies, and Cake, with a few random nuggets of Da Vinci's Notebook and Garfunkel and Oates.

Friday Flash Fiction: "This is Not a Clue"

Like it says on the tin. Although this piece was inspired by WarTron, since I didn't consult with the rest of Game Control before writing it, you should not consider it canon. You know, like most media tie-ins. But I hope you enjoy it regardless. 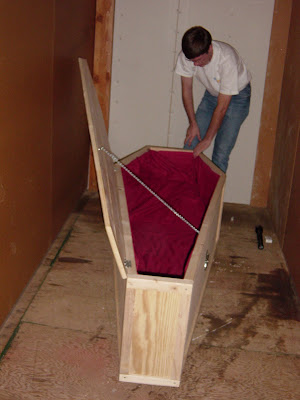 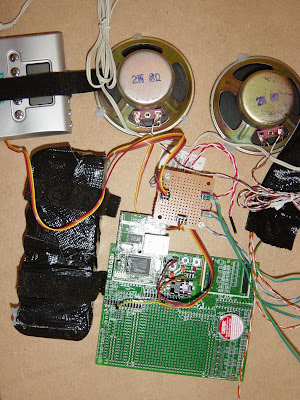 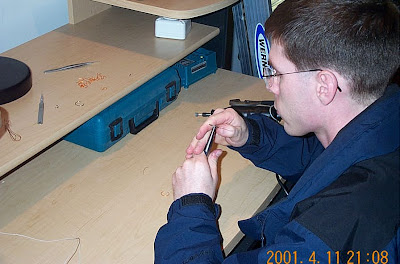 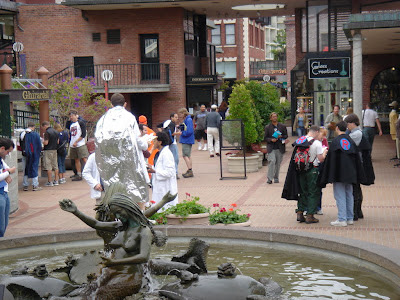 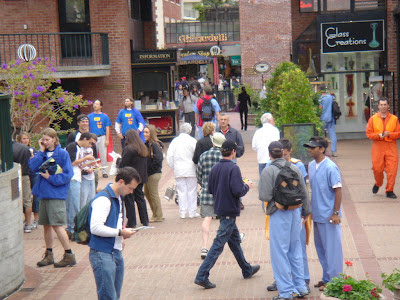 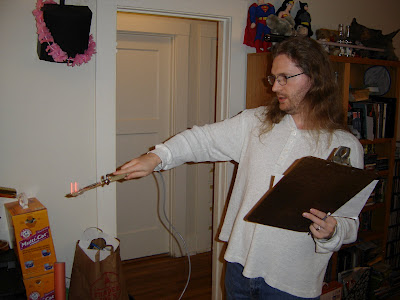 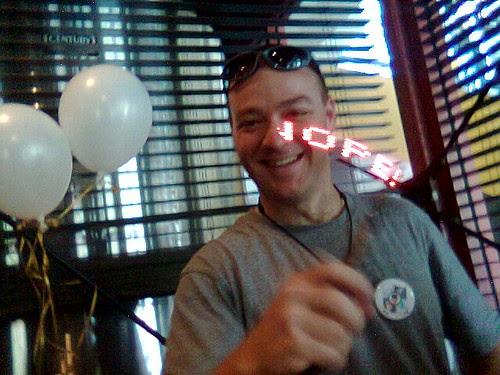 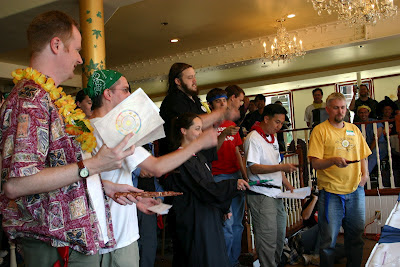 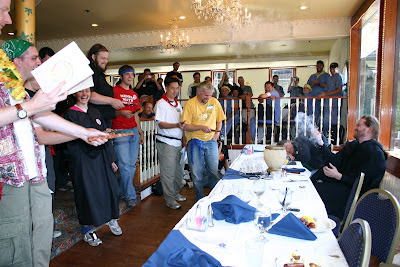 Friday Flash Fiction: "Under the Sea"

I know some writers are exceptionally wary of posting any part of an unpublished work online, but I'm not too worried about this one: this is the last excerpt from "Making Waves" I'm going to post, which adds up to just over 21% of the wordcount, and only a small fraction of the whole story, believe it or not. I packed a lot into this one.

I have a complete draft now, which I will have polished and submitted by the end of the month. And when it gets rejected, I'll submit it again, and again, and again. Till Hell won't have it!

The title of this week's show is an inside joke from JoCo Cruise Crazy II. You kinda had to be there. Sorry.

Music: instrumentals from "Code Monkey" and "First of May" by Jonathan Coulton