for this year's Worldcon! If you're also here for Sasquan, maybe we'll see each other? Here are some places I know I'll be this week:

7:00 PM - 11:00 PM
Drinks with Authors
General socializing, shenanigans, and a book raffle at Black Label Brewing Company. No need to commit to the whole time frame, pop by if you can and say hi! Sasquan membership not required! See the Reddit thread for more info.

12:00 noon - 2:00 PM
Lakeside: A Year With Jay Lake - PG-13
My friend Donnie Reynolds made this documentary, and he'll be hosting this screening and doing a Q&A afterward. About the film: "Campbell Award-winning writer Jay Lake died in 2014 after a very public, six year struggle with cancer. Lakeside is a documentary about Jay and his cancer battle."

8:00 PM - 10:30 PM
Hugo Awards Ceremony
Whatever happens, it's going to be an interesting night. (See George R.R. Martin's LiveJournal commentary if you're not up to speed on this year's kerfuffle.)

I'm also looking forward to the Viable Paradise and Clarion West room parties, on Thursday and Friday respectively, and actually meeting my literary agent in person! Follow me on Twitter for the latest updates, including a possible Codexian karaoke outing at some point.

ADDITIONAL: I have a mailing list now! Feel free to sign up for approximately twice-monthly updates about my various creative endeavors. Also cat pictures. (This blog will continue to be a catch-all for random stuff and updates of a more personal nature.)

So the British Library has over one million public domain illustrations on Flickr, organized into albums for easier browsing. I've only made it through six pages of the "Fauna" collection so far but have already found some real gems: 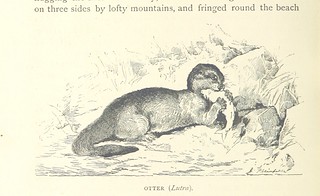 An otter eating a fish. 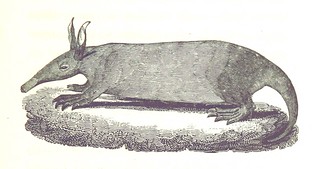 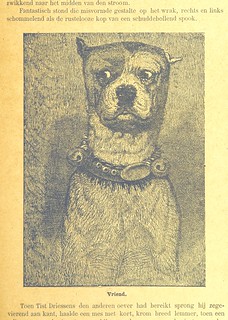 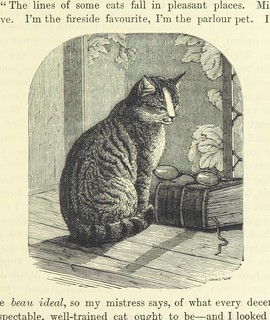 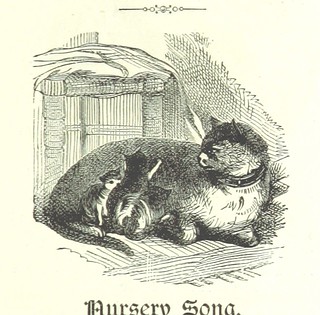 Anyway, lots of images, free to use, no copyright restrictions. Enjoy!

I Am One Year Older Than I Was

On August 2, 2014, my wife DeeAnn drove me home from Seattle, where I'd just finished the Clarion West Summer Six-Week Workshop.

The week before the workshop started, we were in California for our nephew Jared's wedding. DeeAnn drove me to the Sacramento airport while we listened to the audiobook of Neil Gaiman's novelette "The Truth is a Cave in the Black Mountains." We hadn't reached the end of the story when I got to the airport, but I had enough time to download the text version before boarding, and finished reading it on the plane.

It's not exactly what you'd call a romantic story, but it helped me feel connected to my wife as I was leaving. (I did see her a few times, online and in person, during the workshop, but this was going to be the longest time we'd lived apart since 2000. It all turned out fine in the end. Well, not for the guy in that story. Never mind. Moving on.)

After I landed in Seattle, erstwhile volunteer Caren Gussoff drove me from the airport to the sorority house where I'd be living for the next six weeks. She was only the first of many fantastic humans I'd meet and get to know during that time.

Having attended Viable Paradise in 2008, I knew generally what to expect from Clarion, but I could not have imagined the precise dimensions of what my experience would be: as wide and deep as any ocean, and similarly teeming with strange and wondrous life.

I cried a lot in Week One (ahead of schedule, I know). Jim Kelly said he'd blurb my first novel. In Week Two I saw Snowpiercer and witnessed Kij Johnson reading "Spar" aloud and literally sparring with students. (As in wrestling. Bourbon may have been involved.) Ian McDonald guided us through improv exercises in Week Three, our regular movie nights began turning into a Kurt Russell film festival, and I received an offer of representation from Sam Morgan, who is now my literary agent. (For the record: I spent fifteen days researching JABberwocky before signing the retainer.)

I may have made Hiromi Goto's Week Four classes more difficult than necessary, but I'm glad our whole group could talk about how magical Negroes and hysterical women are Bad Tropes. (And then we watched Steven Universe!) Week Five with Charlie Jane Anders was a whirlwind of karaoke, half-price sushi, and poetry. Week Six ended with Ted Chiang, illegal beach bonfires, and John Crowley telling dirty jokes (not all at the same time).

And, oh yeah, I wrote some stories too.

"Paradise Lost" will almost certainly never see the light of day. I'm retooling "Space Race" right now. "It's Complicated" doesn't really hold together, but I'll probably strip-mine it for thematic material later. "My Labour and My Leisure Too" was a weird experiment. "Destination: Murder!" probably needs to be longer. And "Moonrise" is too big for me to contemplate at this very moment, but it's a novel I need to write someday.

Meanwhile, I've sold two other novels and two three other short stories since coming home last August. The first novel, Waypoint Kangaroo, will be published by Thomas Dunne Books next summer. My story "Laddie Come Home" is in the 2016 Young Explorer's Adventure Guide, due out early next year. And "Ten Days Up" is in the Baen anthology Mission: Tomorrow, now available for pre-order. ADD_2015-08-07: How could I forget "It's Machine Code" in The Journal of Unlikely Cryptography?

As the kids say: What is even my life anymore?

This isn't everything I could tell about my six weeks at Clarion West. It wasn't just a boot camp for writers, and though I'd certainly call it "life-changing," that term doesn't fully encompass what I got out of CW.

I was changed--for good, even--but more than that, it inspired me to actively work at changing my life, and myself. Those six weeks showed me what I was doing right and how I need to improve, and introduced me to some amazing people who will be lifelong friends. I am incredibly grateful for all of it.

This wasn't the end of my journey. It was just the beginning.

And I'm not stopping for a long time.