I am no longer the President

...of "Team Snout." But I am still the Captain of Team Snout. Confused? I'll explain.

My wife and I and our friends started running Stanford-style puzzle hunts, which were then known as "The Game," way back in 2001. At first it was all completely unofficial, and we never took in very much money in registration fees—all we wanted was to cover our material constructions costs. We didn't charge our players for our time and labor, or for any of the scouting, prototyping, or other exploratory work we did before calling a "go" and announcing the event. It was all for fun.

Then, in 2006, we got ambitious: we decided to put on a Harry Potter-themed event, including booking train rides to and from the event and making a freaking magic wand. This was going to cost a lot more than any of our previous Games. In fact, the overall budget was over $25,000, which also covered van rentals for every team and several meals along the way.

Boring tax information follows: If any one person on the team were to report that income on their personal tax returns (and yes, you do have to report all income, even if you spend it later—that's what "gross" means, and that's why you're taxed on the salary you eventually spend on rent and groceries and cats and Netflix), they'd be over the allowed "hobby income" deduction percentage (I think it's about 2% of AGI) and would have to pay several thousand dollars in additional taxes. And that's just not cool. (ETA: OK, so I don't really understand all the tax stuff. Ask DeeAnn if you want to know the details.)

The solution: we formed an unincorporated association in the state of California and registered it as an educational non-profit "to bring together those who are interested in... puzzle hunts, and to increase public awareness of the sport... by producing puzzle hunts." If you're interested, you can read the full Articles of Association for Team Snout (revised 2009). 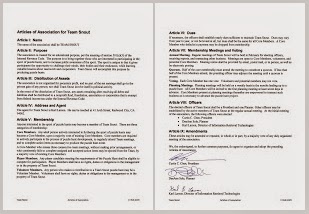 And that worked really well. We were able to open a separate bank account for Game-related funds and file a separate tax return for the association. We hit a couple of bureaucratic hiccups along the way, but managed to defend our non-profit status and avoid paying the annual business/corporation fees (something like $800 in California). We ran two more Games after Hogwarts—Midnight Madness and WarTron—and co-sponsored several Game Control Summits with Shinteki.

However, now that DeeAnn and I—two out of three of the association's officers—no longer live in California, we've re-focused our Game-running efforts on other events and activities (Puzzled Pint, for one). The puzzling landscape has also changed significantly in the last few years, with escape rooms gaining popularity and weekend-long hunts declining. And there's always been name confusion, since we played Games as Team Snout before forming the association named "Team Snout" to run Games. To be frank, we've never been very diligent about the official-ness of it. It's all just for fun.

Last year, at our annual business meeting, we voted to dissolve the "Team Snout" association and follow the model used by many other groups and businesses who run events: to form up a legal entity when needed for a specific event, then disband afterward. We just weren't doing enough, continuously, to justify the additional overhead of maintaining the association. 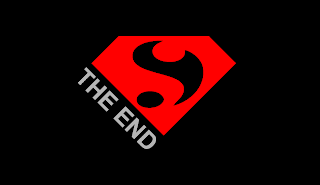 Thanks to Bran McMillin for the modified logo :)
So "Team Snout" is no more. (I will continue to use the "Snout" name for personal purposes, as I have in the past, and hopefully remove some of the confusion that's existed around this.) We've donated our remaining funds—just over $1,000—to Elevate Tutoring, Bob Schaffer's California educational non-profit group, which continues to run puzzle hunts. You know, like ETPH3 - Zara's Big Adventure, which happens on January 31st and February 8th and can also be played online. Go check it out!

I can only speak for myself, but I was very happy with all we did as "Team Snout" and were able to do because we were an association. DeeAnn and I certainly learned a lot about forming legal entities, and if we ever decide we want to do it again for something else, we'll have the benefit of experience to help us get started. (Along those lines, if anyone has legal or tax questions about their own hobby groups, feel free to ask!)

What's next? Well, we and our many cohorts will continue to run Puzzled Pint, which may be adding two more cities in the next few months. Crazy! And I may have other big news to share soon, but let's not count our dinosaurs before they've hatched.