I Miss My Friends

Last year, two of my friends took their own lives.

I was completely blindsided both times. Of course, no one should ever expect anybody they know to kill themselves, but I had not even an inkling that either of these people was so afflicted that they would even consider suicide. I know it's not my fault, and I know depression is complicated. It's been long enough that I've stopped wondering if I might have done something to help these two people specifically, and am now asking what I can do to help others with similar troubles. 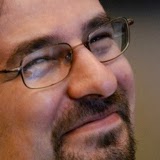 Igal Koshevoy died on April 9, 2013. I hadn't seen him for a while, probably not since the last Portland tech community event. I missed BarCamp Portland 7 because of a trip to Seattle. At the end of that weekend, the Query Shark thing happened; two days later, I threw my "100 Rejections" party; and less than a week after that, as I was leaving for Paradise Lost III, I saw the terrible news on Twitter.

On one hand, it was a lot to deal with all at once; but it was also good, to have some distractions, and to be physically away from the immediate grief of his loss. We weren't especially close, but every time I saw Igal, he had a smile on his face and he was excited about something. Maybe that was a side effect of where I usually saw him--tech conferences, community events, party-type environments--but he always looked like he was happy to be there. I didn't know about his struggles with depression, and even if I had, I couldn't have helped. It's an illness, and sometimes we just can't cure an illness.

That's what I keep telling myself. 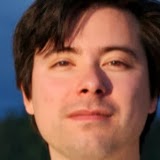 Matthew Schuler died on May 13, 2013. I knew him better than I knew Igal; he had joined Puzzled Pint Game Control in late 2012, and I saw him almost every week at our meetings. He brought a new energy and perspective to our monthly events, much of which came from his love of Alternate Reality Games (ARGs). I got to know him better, a little bit at a time; DeeAnn and I played our first games of Starship Artemis at his house, and we celebrated his 40th birthday at Teardrop, where he explained about "serious cocktails."

I know more about Matthew's death than I know about Igal's. I sat in his house for most of that Monday, after receiving an e-mail with the awful news. People came and went all day, and none of us could believe it; at least once, someone joked that they were still hoping it might be a hoax, possibly the rabbit hole for the most tasteless ARG ever. But it wasn't. It was real, and the unyielding truth of it felt like an ever-increasing, oppressive gravity.

The day after Matthew died was our next Puzzled Pint event. We didn't cancel it; we presented the last puzzle he would ever make, all the men on Game Control wore neckties in his honor, and we observed a moment of silence. We sat with other people who had known him and talked about how it didn't make sense, how he had been making so many future plans with all of us.

What I really don't get is this:

That's Matthew, posting a comment about Igal right after his memorial service.

I was able to attend both Igal's and Matthew's memorial services, and both times was struck by the many similarities in our lives. Igal immigrated to the United States as a child, like me, and was two years younger than I am (born in the same year as my sister); Matthew was five months and eight days older than I am, and part Chinese (I'm a purebred).

On one day, I looked at a display of artifacts from Igal's childhood--many of which could have come out of my own closet. On another day, I listened to Matthew's family and friends talk about his love of games and music.

And on both days, I cried, because my friends are gone forever and I miss them.

My sister killed herself in 2010. Her younger son was only 16. I wonder if she realized how much harm she was doing, not only to her children, but to the many friends who cared about her and blamed themselves. So difficult, even when you know something is wrong.