In Which My Demands Are Not Met

I haven't been able to go out to any movies for a few weeks because of my annoying eye condition. I can still see close up, so I have been able to work on my laptop and catch up on my TV viewing, but I would have preferred to have the option of going out and doing more things--especially this past weekend, when I was in Los Angeles visiting my family.

In particular, there are two movies out now that I'd really like to see (non-English posters from MoviePosterDB.com, for amusement value): 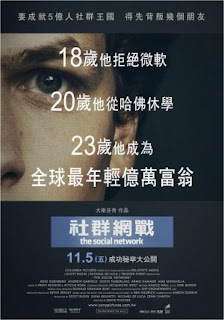 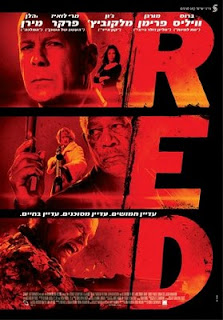 The Social Network and Red will probably still be in second-run venues when my eye gets better in a couple of months (or sooner--knock on wood), but I would be willing to pay to download and watch them on my laptop now. I'd probably even pay a premium for a "rental" option on opening weekend--let's say $20, which is fair-ish assuming you'll have at least two people watching--as long as the terms of use weren't too draconian.

The thing is, the technology already exists. iTunes aside, studios send out thousands of screener DVDs every year after Oscar nominations are announced--often for movies still in wide theatrical release--so Academy members can view the nominated films at their leisure and make an informed voting decision. (Theoretically, anyway--the politics of AMPAS is another post.) But there are all sorts of entrenched business models and traditional arrangements that would be upset by "day-and-date" digital distribution, and nobody wants to risk that kind of major change.

Meanwhile, pirates will always find a way to get you what you want. Not that I'm condoning that sort of activity, but never in human history has criminalizing a behavior eliminated it. And it's stupid to not offer for sale something that people are demonstrably willing to pay for, just because you're paranoid that you won't make enough profit from your media monopoly or too lazy to change anything about your business practices.