I'm Leaving, on a Jet Plane

But I do know when I'll be back again, so don't worry about that. 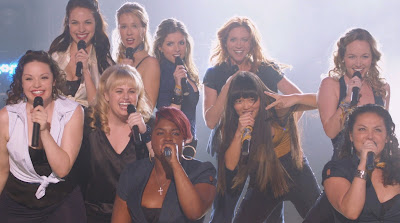 I have another deadline this week

Which means I don't have the time/brainpower for a thoughtful, well-researched blog post today. So instead, here's a roundup of some interesting stuff I tweeted or retweeted in the past week:

My pals @TheDoubleclicks are making a new album: PRESIDENT SNAKES! Back their @Kickstarter : http://t.co/JAsOFux5UV pic.twitter.com/pDED235Qsm


#DiversifyAgentCarter because black people had, in fact, been invented. pic.twitter.com/o8Sh0XBDLh


Yay! Today's video is up! "Avengers Age of Ultron: All Snarked Up" https://t.co/7vfBI1X1hS


No YOU'RE weeping openly during the entire last minute of that Supergirl trailer SHUT UP https://t.co/bT7uyMWY4w


And before you ask, yes, I do have a goddamn Tumblr. But I don't use it that much, because I am not actually a twelve-year-old girl. It just seems that way.

I am no longer eligible for WOTF

That would be the Writers of the Future contest. Because their rules specify:


5. The Contest is open only to those who have not professionally published a novel or short novel, or more than one novelette, or more than three short stories, in any medium. Professional publication is deemed to be payment of at least six cents per word, and at least 5,000 copies, or 5,000 hits.

Now, I've only made two professional short fiction sales. But this other deal went public on Monday...

(thanks to Query Shark for forwarding the PW announcement)
So, to use the parlance, I've "pro'd out" of WOTF. Which is a bit of a bummer, as I've been submitting to them on and off since high school... but overall, I can't really complain about selling two novels to a major publisher!

Aside from the obvious, here are more reasons I'm excited about signing with Thomas Dunne Books in particular:
Long story short: SQUEE.

This is, of course, not the end by any means: I hope to write more than two Kangaroo books, and I have no idea what to expect when the first one hits next year. But I've got plenty of work to do in the meantime.